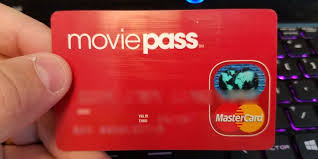 I debate whether or not to tell anyone about it. In A-school detention with the Navy, we used to have to clean out the schoolhouse. I discovered an empty classroom that was perfect for hiding out in, and, after exploiting it for a week or two, in a moment of charity, I told two fellow shipmates about the room. Not being as discreet or as quiet as me, they got caught, and thereafter, the room was a no-go for everyone. My point: you find something good, keep it quiet, or else everyone will ruin it. On the other hand, I’m hearing movie pass being whispered about almost everywhere now, so it seems the secret’s out. The pass, as it stands now, is four movies a month for ten dollars. For those forerunners who jumped on the pass early, there’s not even a cap. Unlimited movies for ten dollars a month. How are these Movie Pass people making money off of this? I don’t know. How are movie theaters allowing this? It’s a mystery to me, but not one I’m willing to investigate myself. I’m expecting any day now, some big exposé  to come out and some corporate shyster to be indicted. In the meantime, I’m loving the Movie Pass. When I was first told about it, I was awfully skeptical, and honestly remain so, but, for now, it seems to work. I haven’t been rejected by a theater once.  So this is my guarded endorsement, for what it’s worth. Get it while the going’s good, because I can’t see it lasting. The more people that find out about it, the quicker its demise in my opinion. I don’t see it lasting beyond this year.