May turned out to be sleepier than expected. Solo: A Star Wars Story, while enjoyed by some/me, failed to elicit much excitement, and probably won’t be seeing any sequels. Is this a sign of Star Wars fatigue or something deeper? Never mind, that’s not what this post is about. I choose, instead, to look forward, for June’s roster of movies, though not especially deep, contains a few that are my most anticipated for the year. Two should be obvious, while a third, for those who’ve paid attention is racking up rave reviews to go with its impressive trailer. There’s no point in complaining about the excessive number of sequels and reboots not just this month but all year. Not a whole lot of originality on the horizon, but enough beating around the bush:

Is the cast suitably star studded? Yes. Is the director solid? He has been in the past. Unlike the ill-conceived Ghostbusters, is the Ocean’s franchise ripe for reboot? I believe it is. I believe it’s a premise that could rebooted any number of times. That being said, am I excited? No, not really. I’m willing to wait and see how it turns out, but the trailers all seemed workmanlike without much flair or magic. I’ll definitely be seeing it, and am hoping for the best (but preparing for the worst). No rotten tomatoes score four days away? That makes me anxious. Perhaps, though, it’s just a sign of the way big studio movies are handled in the future. I predict critics will want to be kind, and that helps the film at 70-80% on Rotten Tomatoes with $150-160 million in earnings. 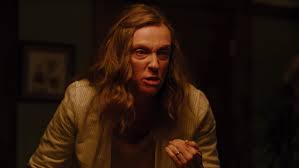 When studio heads complain about Rotten Tomatoes ruining the film industry, ignore them. They’re probably reeling from a recent dud they produced, and salty that no one wanted to see it. On the flip side of that, you have Hereditary, a film few would have on their radar if not for killer reviews and word of mouth from the popular film site. I’m excited by what I’ve heard and what I’ve seen from the trailer, and will be checking this one out first thing. Toni Colette is an incredible actress, often unsung due to how well she transforms from one role to another role. Like going from a tough, out-of-her depths mother from Philly in The Sixth Sense to a British mother that’s a bit out there and depressed in About a Boy.  The Australian actress is being referred to as a modern scream queen, and I’m all for it. I admired her performance in the very underrated The Night Listener with Robin Williams. I predict $70-80 million at the box office. 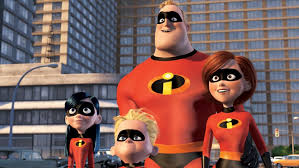 My number 1. Fourteen years waiting for this film. A Finding Nemo sequel that was perfectly fine, but completely unnecessary came before this? A sequel this long awaited runs the risk of being a massive disappointment. If this isn’t a great movie, I will be inconsolable. Even if it’s good. Even if it’s very good. I demand greatness, but my gut feeling is I have nothing to worry about. Brad Bird swings for the fences every time. I predict 90-100% on Rotten Tomatoes and $350-360 million. 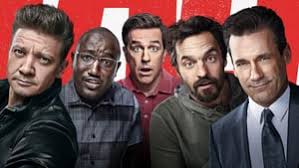 The director is unknown to me, and the trailer was merely sporadically funny. The premise, however, a group of guys playing an intense never ending game of tag is funny and has the potential to be a sleeper hit. I could see it going either way. I predict 60-70% on Rotten Tomatoes and $70-80 million at the box office. 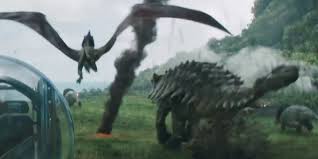 I don’t know about plot, but Jeff Goldblum is back. Let’s hope it’s for more than some five minute cameo speech. The rest of the cast is a solid mix of actors, and I’m hoping the film, as the trailers suggest, goes straight for grown children’s nightmares. I’m predicting another hit at 70-80% on Rotten Tomatoes and $480-490 million.