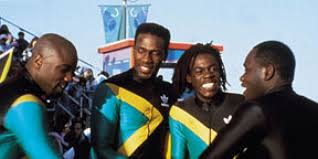 After his chances at running in the Olympics are dashed, Jamaican Derice Bannock (Leon) sees potential in bobsledding as a way to compete at the highest level. He enlists a disgraced former champion (Candy) living on the island to help train him and the Jamaican team. Disney consistently finds gold when they mix the familiar sports genre with colorful cultural settings (Queen of Katwe, McFarland U.S.A, Million Dollar Arm). Well acted, though light.