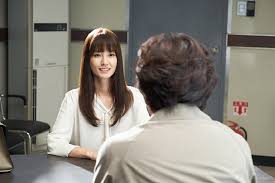 A thoroughly average man (Seung-ryo) working as a security guard mysteriously gains telepathic powers, just as he’s reunited with the daughter he abandoned years ago. Initially, he uses the powers to make a quick buck as an illusionist, but he soon pushes his ability to the limit once he finds his daughter wrapped up in a serious battle against a corrupt corporation. It’s a unique take on the superhero genre, but ultimately lacks a compelling protagonist to make the action exciting. The average middle aged man hero is a nice idea, but here, he really is too average. He never comes across as a unique personality. There are some memorable moments, and the over-arching villain, or villainess, Director Hong (Yu-mi), steals the show. Unfortunately, she’s not in it more, and gets no significant closure in the story.