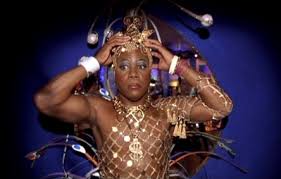 Two unlucky bachelors and friends, aiming to boost their luck with women on a luxury cruise, instead find themselves aboard a gay only party ship. Jerry (Gooding Jr.) accepts the situation once he meets a beautiful dance teacher also aboard the ship, while the homophobic Nick (Sanz) gets in to a continuous line of raunchy misadventures. Widely recognized as the golden standard for bad comedies, this film rides its string of horribly unfunny jokes, offensive stereotypes, and shameless nudity to embarrassing lows. Makes you appreciate a film like Some Like it Hot even more, as it’s cut from the same farcical cloth as Boat Trip, but with a wealth of more talent and creativity involved.