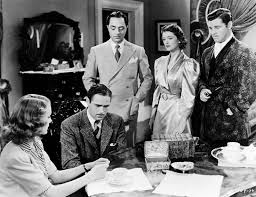 Nick (Powell) and Nora (Loy) Charles visit an old family friend who’s grown paranoid, certain that someone’s out to kill him. He’s proven correct not long after, and pretty soon Nick (a former detective) is asked to come out of retirement, this time with the help of his wife. The gritty, sophisticated edge that the original Thin Man movie had is gone from this, the third entry in the long running series of films. What’s left is Powell and Loy’s charm, light comedy, witty dialogue, and a decent murder mystery. Good enough.