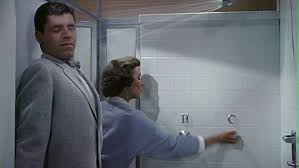 Unwittingly involved in a major heist and murder, doofus Wilbur (Lewis) has to take it on the lam, disguising himself as a 12 year old as he hides out at an all-girls school. A promising setup and a bright, colorful disposition, this Lewis-Martin film should have been more fun. They miss opportunities throughout to push the humor or mix in suspense by being over reliant on Jerry Lewis shenanigans. A couple of those land, but there’s no tension making anything more exciting. Martin’s relegated to frown face and wet blanket. There was also an opportunity for an odd romance that the film conveniently drops and does nothing with.