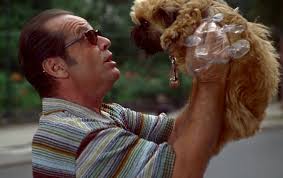 A deeply self-centered, OCD curmudgeon (Nicholson) finds himself infatuated with a local waitress (Hunt). Wanting to impress her, he gets plenty of opportunities with her chronically ill son, and his embattled next door neighbor needing help. Due to the direction and the staginess, As Good as it Gets often comes off slightly sitcommy. However, its virtues, mainly the acting and Brooks’ typically stellar writing, outshine any complaints I have about its visuals. Nicholson is a true iconic movie star, here able to paint a man spewing racist, sexist, homophobic comments as a romantic comedy lead. Hunt too has a knack for the genre, and this was her best performance.
-Walter Tyrone Howard-
(171)