It’s that time of year again. Though I like to consider my movie tastes more working class than academic, I, nonetheless, get excited every year when the world’s biggest film festival comes around. Beginning on May 8th, the 71st Annual Cannes Film Festival begins. Two-time Oscar winner, Cate Blanchett, is president of the jury, and will be assisted by such notables as: Denis Villeneuve, Ava DuVernay, and Kristen Stewart. Why do I care about Cannes? Most film people do, but I’ll admit I tend to love the most recent summer blockbuster more often then whatever Palme d’Or winning 3 hour Italian film wowed at Cannes. I also wonder about the virtue of exclusivity and elitism. Films should be for the people. All people. If all this sounds unfair to the festival, know that it’s only a concession to the devil’s advocate in me. In all truthfulness, I love Cannes. Every year, people from all over the world gather in the gorgeous city on the French Riviera to share their movies. I don’t care about the fashion or whatever A list celebrity graced the carpet. I’m simply smitten with the idea of being surrounded by film lovers. Add to that, Cannes does a wealth of good in getting these foreign art house films exposure. And I love that every year, they show one big summer blockbuster, this year presenting Solo: A Star Wars Story, which I’m eagerly anticipating. Here are five other films from the festival I’m curious about: 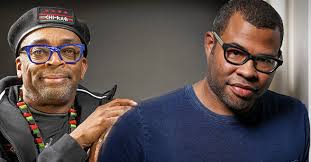 A bit of historical fiction from the prolific director and provocateur, Spike Lee, this film is said to follow the investigation of black detective, Ron Stallworth, into the local chapter of the Ku Klux Klan, leading him to go deep undercover, and ultimately become head of the chapter. Real life figures David Duke and Stokely Carmichael work their way into the story, and actors Topher Grace and Corey Hawkins are set to portay them. I’m interested to see Denzel Washington’s son, John David Washington, in his first starring role. Lee’s filmography is the proverbial mixed bag. True, he made Do the Right Thing, but he also made She Hate Me. You can’t trust him for quality, but you can count on his work to be interesting. This latest, with that explosive premise, is instant intrigue. I wonder if the film will remind me of my favorite Dave Chappelle skit.

Everybody Knows   Directed by Asghar Farhadi 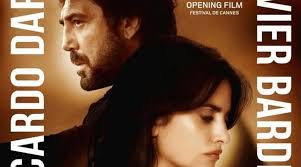 Writer-Director, Asghar Farhadi’s name sells the film. He’s won two Oscars in the past decade, and turned out one great film after another. Engaging, incendiary domestic dramas are his specialty, but now he’s extending himself beyond his native language with this Spanish language effort starring Javier Bardem and Penelope Cruz. Focusing on two married couples, and said to be about, “unexpected events that bring secrets into the open.” That’s Farhadi’s modus operandi, and I’m fine with him never veering from it. 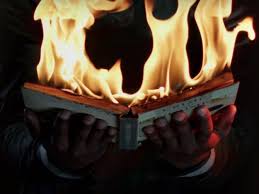 Director Ramin Bahrani was declared, “director of the decade,” by Ebert before he died, and this will be his first mainstream effort. The novel is a much-read, much-loved classic, and has been ripe for a new adaptation for a while. It’s been over fifty years since Truffaut’s version. This time out, Michael B. Jordan and Michael Shannon star, along with a conspicuously diverse cast. The film will air on HBO in just a couple of weeks, and I’ve made plans to tune in for sure.

The Man Who Killed Don Quixote   Directed by Terry Gilliam 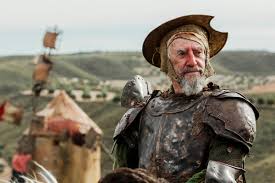 Something like 30 years in the making, this film is already a miracle of conception and a testament to a great filmmaker’s perseverance. That, however, doesn’t make the film inherently good. That remains to be seen. The trailer is truly wild. Adam Driver and Jonathan Pryce star, with Olga Kurylenko and Stellan Skarsgard supporting. Gilliam has let his imagination run rampant over his forty year career, and I’m very curious to see what a film he struggled to get made looks like.

Under the Silver Lake   Directed by David Robert Mitchell 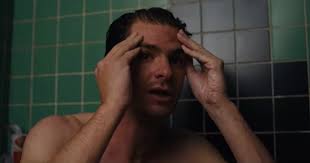 David Robert Mitchell’s first film, It Follows, became a genuine sleeper hit, getting under the skin of a lot of people. It’s an interesting film, mixing artistic flair with a creepy premise, but I was fairly indifferent to it. His newest, on the other hand, looks awesome, starring Andrew Garfield as an average guy obsessed with tracking down his beautiful neighbor who’s missing. The trailer reveals a film both surreal and comic. I love detective mysteries.