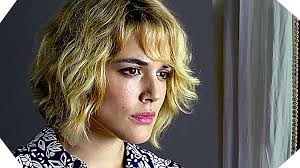 A chance reunion with the friend of her estranged daughter sets Julieta down memory lane, as she tries to recall the events that led to her daughter leaving. Julieta lets its slight plot unfold slowly, which gives it a weight that would otherwise not be there. We see an older Julieta think back on why her daughter left, and flashbacks reveal a younger Julieta who has turned her back on her father for cheating, as she herself engages in an affair. The film feels less thematic than some of Almodovar’s best work, but Julieta is masterfully done and intriguing. Based on an Alice Munro story.