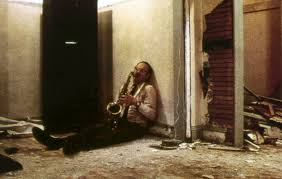 Slowly fascinating piece about a surveillance expert, Harry Caul (Hackman), wrapped up in a case involving a young couple talking in the park. Harry’s afraid his work may lead to their deaths. It’s happened before with him, and he’s desperate not to let it happen again. The plot, which is engrossing, actually takes up very little of the running time. This film is about Harry Caul; his fears and insecurity which gradually give way to paranoia. We’re told that Harry is at the top of his field, then we’re shown what kind of life that leads to. Much has been said about the innovative use of sound in this picture done by Walter Murch. The mystery and the intrigue revolve around fragments of conversation and the tone of voice being used, and it’s all masterfully manipulated by the filmmakers. The score and the final scene are indelible.