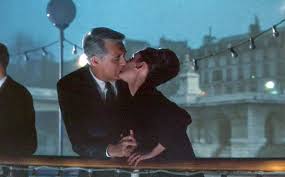 A very recently widowed woman, Regina Lampert (Hepburn) finds out her husband was mixing in some pretty shady business when three suspicious men set after her, believing she knows where a large cache of money is hidden. There to help her, a mysterious and handsome older man played by Cary Grant. Though she’s quickly falling in love, can she really trust him? Immaculate romantic-comedy/mystery, this is a film that wants to have it all, and succeeds. For romantic leads, you can’t do better than Audrey Hepburn and Cary Grant. The mystery/ whodunit element is engaging and keeps you guessing all the way to the end. The beautiful French setting makes for a lovely time even when people are being killed off. Wonderful film.