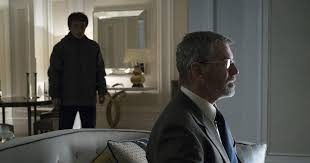 Sensational action-thriller starring Jackie Chan as Quan, a Chinese man living with his last remaining daughter, Fan, in London (two of his daughters were killed). After Fan gets killed in a terrorist attack credited to the IRA, Quan looks for answers from Liam Hennessy (Brosnan), a politician and one-time leader of the IRA. When Hennessy can’t help him, Quan begins terrorizing him, demanding the names of the men responsible. Turns out Quan is a highly skilled, one-time special forces soldier. This is a terrifically exciting and tense action thriller. Chan and Brosnan give their best performances, and the film skillfully moves between political intrigue and hard hitting action sequences. Chan forsakes his legendary smiling through the action persona, and does a rare violent action movie. It pays off, since this is a top-five English speaking film for him.