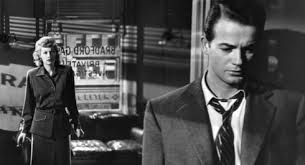 A brutal private detective, Bradford Galt (Stevens), finds himself framed for a murder after investigating a mysterious guy in a white suit that’s been following him. Lucille Ball plays his loyal and loving assistant, and William Bendix plays the mysterious man in the white suit setting Bradford up. Mark Stevens in the lead doesn’t leave much of an impression. Fortunately his supporting cast is exceptional with the beautiful Lucille Ball’s star already shining, and William Bendix and Clifton Webb pitch perfect in roles they would play half a dozen times in movies. The film is also shockingly violent at times, making it slightly more than your run of the mill noir.