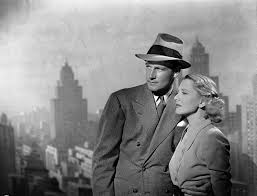 Reporter George Melville (McCrea) has a knack for nailing criminals before the crime has even been committed; a knack that causes much resentment from his peers at the newspaper. With a string of art thefts clouding Manhattan, Melville gets tricked, then falls for amateur actress, Claire Peyton (Arthur), which seems to negatively affect his crime guessing abilities. A couple of fantastic scenes including the early one of Melville being conned by Peyton, plus the stars’ killer chemistry, make the film a solid outing. Arthur and McCrea would put their talent to better use, however, reteaming three years later for The More the Merrier (1941).