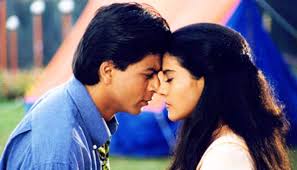 Young girl, Anjali Khana (Saeed), learns the story of her namesake from a series of letters left by her deceased mother.  She sets out to reunite and play matchmaker with her father, Rahul (Khan), and her namesake (Kajol), but she doesn’t have much time. Ms. Anjali is set to be married, so if young Anjali wants to get the two together, she’ll have to act fast. Shah Rukh Khan and Kajol make an epic pair. As in other films they’ve done together, their love crosses all manners of obstacles, including in this one, a decades worth of time. The tonal shifts in most Bollywood films is something you get used to, and this one will stop on a dime comedically, then break into intense melodrama. I enjoy the music, the vibrant colors, and the lovely romance, while becoming inured to the frequent product placement and bizarre basketball sequences.