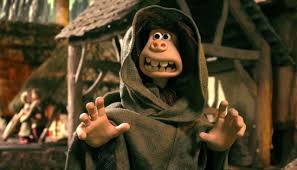 Set during the Stone Age, a close-knit, primitive tribe are overtaken by a more advanced community of bronze age warriors. Dug, a brave member of the Stone Age tribe, challenges the imperialists to a match of their favorite sport (football or soccer), in a wager to regain the group’s land. Nick Park, creator of Wallace and Gromit and director of Chicken Run, is brilliant in my eyes. However, this film is mostly a series of gags. That’s not entirely a negative as the gags are very good, and, of course, the animation is first rate, but the story isn’t as fully developed as his best work.