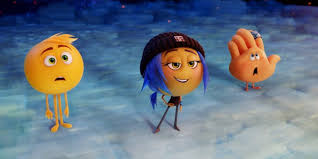 In the world of a teenage boy’s phone live the emojis. Ideograms with minds of their own, that exist simply to convey the right message in their owner’s texts. Gene (Miller), a meh emoji, struggles with capturing the emotion he’s assigned, and his mistake leads to an adventure through aps to escape his own deletion. It’s about as good as you’d expect with its premise, which is to say pretty bad. No matter how colorful or skillful the animation (and I will credit the filmmakers with that), you just cannot get past the inane idea that emojis exist and have feelings. Aside from that the adventure is short and boring. The jokes are lame. Not one of the worst films of all time as its single digit Rotten Tomatoes approval rating would suggest, but it is a horrible movie.