At this point, I basically get all my news, good and bad, from Twitter hashtags (of course, it’s mostly bad). When a celebrity’s name pops up under the trending header, I hold my breath until I investigate and make sure it isn’t connected to death or scandal. Twitter can be used for some cool things. I’ve discovered a large bracket of people on Twitter who share my love of film, and am constantly finding new obscure movies to watch thanks to fellow buffs I follow. Outside of this context though, I find Twitter fairly toxic, mostly in that it seems to be giving more and more power to the type of people who spend large doses of time on the platform (meaning trolls). All of the sudden the movers and shakers of Twitter can jumpstart movements and pile on disgraced celebrities. Mob mentality rules on Twitter, and that would be fine if we could go back to the days of important people ignoring their followers, or, more to my point, important institutions ignoring individuals. The Oscars is an award given by an institution to a select number of people deemed worthy by that institution. The only thing that makes it special is that it comes from a remote group of people, an institution with mystique. If the number of opinions that matter in determining winners grows, than the award is lesser for it, and if actors can start complaining and effecting the decisions to benefit their best interests, than it will soon be equivalent to the People’s Choice Awards. Nobody cares who I think the Oscars should go to beyond it being an interesting conversation starter. The only people whose decisions matter are those mysterious Academy members. 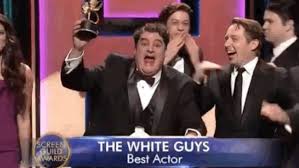 In recent years, however, starting with #Oscarssowhite, twitter members have risen up in swarms of amusing posts to, in my opinion, have a real impact on Academy Awards nominations and winners at the ceremony. I’ll grant that there has always been some cultural politics involved in the voting process-Humphrey Bogart getting the trophy over Marlon Brando’s performance in A Streetcar Named Desire was surely a legacy vote-but it had heretofore been behind the scenes where it was less egregious. Complaining about awards is tacky, even if that actor has an important point like Natalie Portman calling out the “All-Male” nominees for Best Director at the Golden Globes. That moment became a Twitter sensation, and bam! Greta Gerwig is nominated for Best Director. I really believe the Academy was terrified of what the response would be if she wasn’t included. Same too with Octavia Spencer playing the exact same role in The Shape of Water as she’s played in a half dozen other films. And then there’s James Franco being blackballed for alleged misconduct, alleged unproven misconduct. Enter Denzel Wshington being nominated for a film that falls below the fresh line on Rotten Tomatoes. How many actors in history have been nominated for films that weren’t well-reviewed. It’s an insult really. These silly hashtag movements still put the onus on a trophy rather than the execs in Hollywood, also known as people who actually matter. The Academy needs to stop answering to random bums, and at least feign an air of infallibility. Even when they’re wrong, they have to hold their ground or risk losing the prestige. 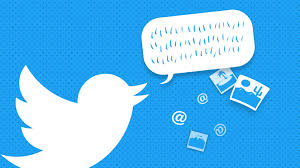