So far, February 2018 has given us the abysmal Winchester, Fifty Shades Freed, Peter Rabbit, and 15:17 to Paris (as awkward as it is well-meaning). Fifty Shades Freed (I don’t understand the title (and I don’t want to)) arrives just in time for Valentines Day, for couples with bad taste in movies or a healthy sense of humor. Peter Rabbit starring Domnhall Gleeson and Rose Byrne offers something for families looking for something to see at the multiplex, though I would point out that Paddington 2 is still available, equally British, and much better.  15:17 to Paris, 87-year-old Clint Eastwood’s latest about three Americans who thwarted a terrorist attack aboard a train heading for France 2 and a half years ago, is a bad effort by people you feel funny criticizing. All in all, it’s been a bad two weeks at the movies. Thankfully, next Friday brings Black Panther. Currently sitting at 98% on Rotten Tomatoes, Marvel seems to be getting better each time out. Black Panther is, however, more than just a big-budget spectacle. It’s the first big-budget spectacle with a predominantly black cast. Those two factors have made the superhero flick an event, and I’m eager not just to see the film, but to see what effect it has on pop culture and the future of moviemaking. 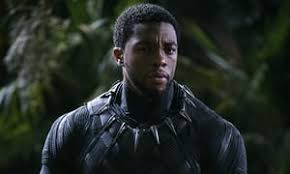