Another year, another round of Oscar nominations. Announced this morning by Andy Serkis and Tiffany Haddish, the event went pretty much as planned. No real surprises, but that’s not necessarily a bad thing at this stage. There’s always one or two disappointments. One or two pleasant surprises. Here are the nominations: http://variety.com/2018/film/news/list-2018-oscar-nominations-1202668757/ 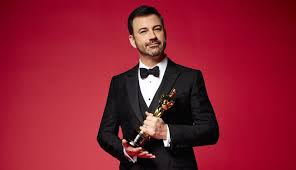 And here are my thoughts: