Earlier this week, Mark Wahlberg donated  1.5 million dollars to the Time’s Up legal fund in a desperate PR move after heavy criticism/trumped-up outrage from the movers and shakers on twitter. Why was this necessary? Well, it all starts with Kevin Spacey. Kevin Spacey did what he did. We all now are aware of what he did. The studio thus recast his role as J. Paul Getty with Christopher Plummer which meant they (the film’s stars included) had to redo a number of scenes in a very short amount of time. I haven’t seen the film yet, but to everyone involved’s credit, reviews indicate that they pulled it off. Well done. Recently, however, reports leaked out that Mark Wahlberg made 1.5 million dollars on the reshoots, while costar (and lead performer in the film) made something like $80 dollars per day. That’s a pretty egregious difference. Michelle Williams reportedly said upon learning about the reshoots, “They could have my money, they could have my holiday, whatever they wanted.” I admire her selflessness. Mark Wahlberg on the other hand refused to do the reshoots unless they paid him, and paid him well. 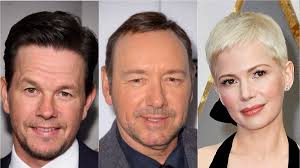 Does this make him a bad person? He had serious negotiating leverage and he capitalized on it. Michelle Williams could have done the same. Is Mark Wahlberg expected to be Michelle William’s costar and agent? Is that what Time’s Up is about? I just don’t understand the animosity towards Wahlberg over this issue. If the studio had integrity they would have made sure that Williams was being equally treated, but they didn’t and that’s not a surprise. You can’t expect the studio and film execs to pay a dollar more than they have to, because they’re greedy, and it’s all about money for them. That’s why Wahlberg’s hardball tactics (while selfish, sure) make more sense in the long run than Williams’ team-player mentality. And for those angry at Wahlberg, I would ask how often, if at all, have you turned away from a chance to make a million dollars. If, as I suspect, the answer is never, how can you judge him in this situation?

One thought on “The Mark Wahlberg Travesty”