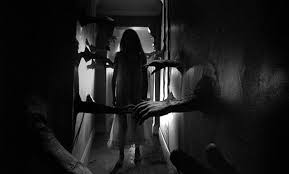 A Belgian, shelled up beauty named Carol (Deneuve) lives and works in England with her sister. Repulsed by her would-be suitors and disgusted with her sister’s torrid relationship, the reasons for Carol’s anti-social behavior slowly reveal themselves in horrific fashion over the course of a long, lonely weekend. Polanski’s first English language effort is striking in many ways, and offers some evidence of his future greatness, but all in all, it does seem like a meager work. Without the presence of Deneuve, it would feel more like a student film, albeit by a star pupil. Time has weathered some of its effect for me, a desensitized modern horror viewer, and there’s not enough shock and schlock to keep it entertaining beyond the scares.