Despite the foreboding title, this is to be an optimistic article, my first in a while. It wasn’t very long ago, just a few years honestly, that you could surmise what type of films were in theaters simply by what month it was. For decades, June, July, August was blockbuster season which meant action and special effects. The kids were out of school, and willing to spend whatever money they had to see the latest studio sequel. November, December, January was Oscar season. These months meant thoughtful, well-acted, meaningful films (though, if you know my feelings toward Oscar bait, you’ll know that these months also meant a load of trite processed movies). Anyways, it has become increasingly clear through the years, that the timing of a film’s release (a good film mind) isn’t as significant as it was once thought. Kids will see the latest Marvel release whenever, adults will seek out the fresh new indie charmer with awards buzz, when they’re able. In fact, it seems like studios figured out that by circumventing the old film schedule system, they could avoid competitions for the same audience. An Oscar contender in November goes up against at least three other Oscar contenders, while in July, as this year’s Dunkirk proved, you’re going up against kids films and sequels. There was a large demographic of people waiting for a film made for them.

This year’s been a prototype of how I can only presume and hope that the Hollywood movie schedule will be in the years to come. It’s been an incredible year. Diverse and consistent. 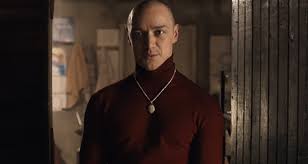 The main films to note are Dunkirk, a strong Oscar contender released in the middle of Summer, Big Sick, a sleeper hit and hopefully a recipient of some Oscar love coming out in June, It, a horror film and massive blockbuster released in September, and Beauty and the Beast, the year’s highest grosser (at least until Star Wars next month), coming out in March.

Next year, we know Black Panther is released in February, and I’m anticipating that making bank. I believe that we’ll see more and more the spreading out of big movies and earlier appearances from Oscar contenders. Plus, with the growing trend of festival films going directly to streaming services, I’m hoping for a day when I won’t have to wait long gaps before the next great release.