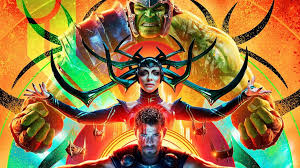 Chris Hemsworth’s Thor returns for his third solo outing and fifth Marvel film altogether. I could not have cared less. That is, until I saw the trailer, and thought, this looks different. The first Thor movie (2011) was bad. One of my least favorite Marvel films and Thor himself was boring. He’s indestructible, devoid of a real personality, and trapped in an unappealing romance with Jane Porter, played by Natalie Portman (I don’t care how attractive the actors are, their relationship was dumb). Then the second film came along, The Dark World (2013), and managed to be even worse. Somehow, fans hung in, and thanks to them, we get this third adventure, directed by New Zealander Taika Waititi. Unfamiliar with his work before seeing the Thor trailer, I have since seen a number of his comedies, and been impressed. They’re funny, and beyond all of the special effects, CGI, and technical brilliance Thor: Ragnarok boasts, it, too, is very funny. Here are the eight things I liked about Marvel’s latest that make it worth seeing:

To wrap it up, Thor was a good deal of fun and a step in the right direction for the franchise. Marvel has given us two strong offerings this year with this and Spiderman: Homecoming which I give the slight edge. My main drawback was the villain, which is a common complaint I feel for the Marvel movies. They do not give as much thought to making their villains compelling as they do everything else. I like that Hela is stronger than Thor as I’ve stated but besides that, she’s not unique. I guess they thought by getting a great actress to play the role, the work was finished. Also, I wish there was more done with the gladiator fighting. I love the idea of a fight to the death tournaments (Gladiator, Bloodsport, Enter the Dragon, The Quick and the Dead). It’s a very entertaining premise. All in all, an entertaining action-comedy adventure.