The annual Cannes Film Festival kicked off in May of this year, running for 11 days, and screening 46 films, in addition to its classics program. Cannes is massive film event, hosting dozens of A-list actors and directors in attendance every year. That usually translates to at east a half dozen exceptional films from all over the world given an audience and a degree of coverage that they probably wouldn’t have garnered otherwise. I was underwhelmed, very superficially, just going off of names on paper, by the selection of films for this year’s festival. After the movies were screened, and the critics had their say, I still am not overly excited by many of these films. However, their are some Cannes’ entries that I know I’ll see, and hopefully enjoy.

The Beguiled 74% on Rotten Tomatoes 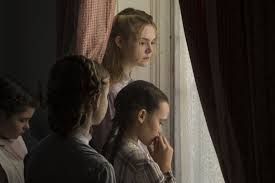 My first thought: even Cannes is being hit with the remake bug. The original chamber piece starred Clint Eastwood as a Union soldier who stumbles on a Southern plantation filled with women and girls for him to seduce. A cautionary tale, a revenge flick, a gothic potboiler, the film was all of these things, and I am interested in how Sofia Coppola balances her version. I consider 74% on Rotten Tomatoes middling for an artistic feature, but I like Coppola’s work, and she’s made excellent films before that had mixed reviews (Marie Antoinette). I just don’t know if seeing Colin Farrell caught in a web will be remotely as satisfying as seeing Clint Eastwood. Also starring Nicole Kidman and Kirsten Dunst.

The Killing of a Sacred Deer 74% on Rotten Tomatoes

Is he an auteur or is he a troll? The Greek freak, Yorgos Lanthimos, returns after The Lobster two years ago amused some, confounded most, and introduced the director’s aesthetic  (akin to clinical numbness) to a wider audience. This film stars Colin Farrell as a doctor who gets involved with a creepy young man and his mother, straining his own marriage. Nicole Kidman costars as his wife.

The Meyerowitz Stories-New and Selected 87% on Rotten Tomatoes 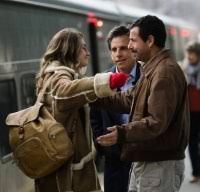 This is one of the best reviewed films of this year’s festival, and it comes from filmmaker Noah Baumbach, a writer-director who’s been in the zone over the past decade as far as I’m concerned. His film, Greenberg, is one that I’ve continued to come back to. Now, reteaming with that film’s star, Ben Stiller, and adding Dustin Hoffman, Adam Sandler, Emma Thompson, Judd Hirsch, Sigourney Weaver, Candice Bergen, and Adam Driver to the cast, Baumbach tells a dysfunctional family story that will be released on Netflix later this year. I love when Adam Sandler, who takes a lot from the film savvy public for the amount of garbage films he stars in, does a great movie, and no one sees it. He’s apparently terrific in this picture.

Another Cannes Film Festival entry heading to Netflix (I’m sensing a trend). Bong Joon-ho, Korean auteur of films like The Host, Memories of Murder (his masterpiece), and Snowpiercer, returns to the giant monster genre for Okja. A young girl befriends a massive beast named Okja, and has to defend it from a mercenary corporation. Joon-ho’s calling card is his ability to switch tones and genres like it’s nothing. Tilda Swinton, Jake Gyllenhaal, Steven Yeun, Lily Collins, Paul Dano star.

You Were Never Really Here 79% on Rotten Tomatoes

Lynne Ramsay, after leaving her last feature unceremoniously during production, returns to smaller filmmaking to great success according to critics.  Joaquin Phoenix stars as a war veteran determined to save a young girl from sex trade. The trailer feels like an April Fool’s joke.