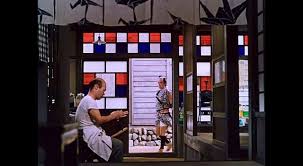 A traveling theater troupe arrive at an idyllic town by the sea. Their leader reconnects with a former lover and their son that’s grown up without him. The leader’s mistress grows jealous, and schemes to get him back. Kayo, a young actress, gets wrapped up in this plot. This all sounds more overwrought than the film actually plays.  Introductions to foreign masters can be precarious to me. As my first Ozu film, I was impressed deeply by the visual design (color and his famous use of static shots). I was disappointed, however, by the general feeling of apathy I held towards its characters. The troupe leader, who I’ve read in other reviews is perceived as touching to most, is simply boorish to me.