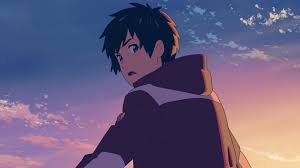 A teenage girl and boy from different parts of Japan swap mind for body in this wonderful romantic fantasy. Mitsuha, the girl, is bored with country life and longs for the city. Taki, the boy, pines after an older coworker. Traversing time and space, with elements of the disaster pic genre, this film hurls and spins as fast as the cosmic catalyst it portrays. I had to fight to keep up at times, and I was frustrated by the third act which seemed to be excessively dragging out and delaying the inevitable union between the protagonists. Still, a truly intense and emotional viewing. Sensational animation.