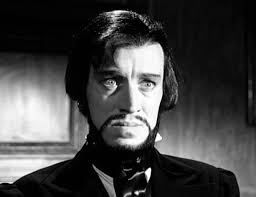 A traveling troupe of magic performers land in a town where skeptics vow to expose them. Odd psychological games begin, but the film suffers from the renowned Bergman’s tendency towards incessant talking-about nothing. Though Bergman has films in his massive and heralded filmography that I admire, he has many more like this one that I find sleep-inducing. His insistence on talking rather than visualizing his ideas keeps me from embracing him.