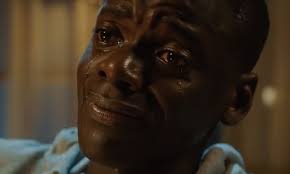 A black man, Chris (Kaluuya), takes  a trip with his white girlfriend to meet her parents, but Guess Who’s Coming to Dinner this is not. Surrounded by white people who feel it necessary to mention they voted for Barack Obama, Chris seeks understanding from his girlfriend and someone he can relate to in the two other black people present, both servants. But there’s something off about them, and soon enough Chris finds there is something off about everything in this secluded suburb. Maybe it wasn’t a good idea to let the mother hypnotize him, but otherwise, Chris, refreshing for a horror film, makes pretty solid decisions. Because this is a horror film, and a great one at that, things get weird leading into a bizarre but thrilling conclusion. What makes Get Out special is its awkward moments as it deftly satirizes racism without ever losing its grip on its genre. Subversive, smart, funny, creepy, well-acted, memorable, fantastic film.