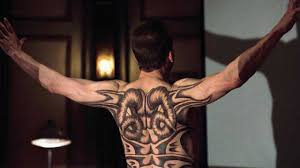 Although made over ten years after, Red Dragon was written and set before Hannibal meets Clarice Starling in modern horror classic, The Silence of the Lambs (1991). This film serves as a sort of prequel, making a few clever nods at the fact. FBI agent Will Graham needs the help of the cannibalistic genius Hannibal Lecter to track down a vicious serial killer known as the tooth fairy. Not as technically excellent, nor is it as fresh as The Silence of the Lambs, Red Dragon settles for being pure popcorn thriller, and as such, it works well. Ralph Fiennes as the psychotic tooth fairy is a memorable looney.