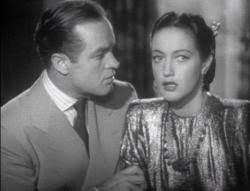 One-liners and wackiness abound in Bob Hope’s spoof on the hardboiled private detective genre that was so popular in the ’40s. He plays a baby photographer mistaken for a detective by a beautiful baroness which leads to him getting in way over his head. Successful as both a comedy and a mystery thriller with fun cameos by Alan Ladd and Bing Crosby, and a funny turn from Lon Chaney Jr. as Willie. I’m a fan of Bob Hope, and I’m a fan of private detectives. What’s not to love?