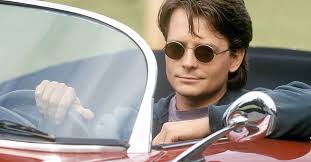 Dr. Benjamin Stone: [about being stuck in Grady] I’m trapped in this HeeHaw Hell.

At the heart of this familiar fish out of water film is a superior love story. Benjamin Stone (Fox) is a big-time city doctor whose car accident grounds him in some small hick town in South Carolina. Slowly but surely the town, its characters, and a local beauty, Lou (Warner), work their magic on him which, although predictable, is perfectly enjoyable. It’s also quite clearly the source of inspiration for Disney Pixar’s Cars.