Since its inception in the early sixties, creators Stan Lee and Jack Kirby, as well as a host of other artists, have filled the X-Men universe with hundreds of mutants with a wide range of superhuman powers. Some memorable characters include Professor Charles Xavier, master of telepathy, Magneto, who manipulates metal, Mystique, a shapeshifter, and X-Men’s superstar, Logan A.K.A Wolverine, an immortal with indestructible metal coursing through his body. But the X-Men comics also feature a wide array of lame mutants-mutants with powers that are either completely useless within their context or are so laughable that basic humanhood would seem preferable. The X-Men film franchise, now nine films deep, has chosen not to exclude some of these losers, and part of my affinity for the series is the ability to admire the cooler elements while simultaneously ridiculing the boldly absurd character choices that made it in. X-Men, like life, is not fair, and not everyone in its universe was created equal. Here are my favorite have-nots; my list of the five worst X-Men or X-Men villains: 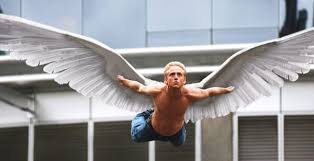 Mortimer Toynbee A.K.A Toad- Who thought this was a good idea? Even his real name sucks. Based on my Wikipedia research, Toynbee was “blessed” with superhuman leaping ability, toxic saliva, prehensile tongue and wall-scaling abilities, and agility. While I can’t say these aren’t useful, I also can’t say they’re cool. The opposite of a scene stealer in the first X-Men movie, anybody in a scene with him instantly becomes much more interesting. He’s the reason we were asked to contemplate this question, “Do you know what happens to a Toad when it’s struck by lightning?”

Warren Worthington III A.K.A Angel- X-Men: The Last Stand was a travesty- one that I, with my bad taste, enjoyed, but a travesty no less. Warren Worthington the third slinks in and out of this picture and, to borrow a quote from This is Spinal Tap, no one knows who he is, or what he’s doing, but his legacy remains. As far as I can tell, Angel can fly because he has Angel wings, and…that’s it. What a surprise that he makes no contribution whatsoever to the action.

Armando Munoz A.K.A Darwin- Our lone black male protagonist and he blows. His power? He can adapt to any environment. That would be a great power for an adventurer or a lizard or a military brat, but for a member of the X-Men? He dies like five minutes after he gets a nickname in X-Men: First Class. Kevin Bacon puts his hand in Darwin’s mouth and blows him up.

Fred J. Dokes A.K.A The Blob- He can go from fat to super fat within seconds. Thankfully he was discontinued after his cameo in The Last Stand, and we were only forced to ponder his usefulness briefly.

Angel Salvadore A.K.A The Tempest- She should be also known as the Tooth Fairy. She has tiny wings and can spit acid. Her character was interesting enough in X-Men: First Class, but her fighting prowess is highly questionable.

Honorable Mention to Victor Creed/ Sabretooth in X-Men and X-Men Origins: Wolverine, Dr. Green/ Viper in Wolverine, and the Hank McCoy/ Beast before his transformation in X-Men: First Class.