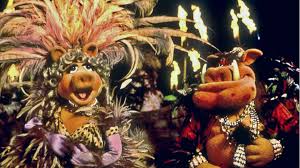 Rizzo: He died? And this is supposed to be a kids’ movie

Legendary creator, Jim Henson, had already been dead for several years but The Muppets were in good hands with his son Brian Henson. Muppet Treasure Island is a fun romp and musical mixed in with Robert Louis Stevenson’s classic novel. A young boy, Jim Hawkins (Bishop), sets sail on an adventure to find a long lost treasure with the help of his newly acquired map. The problem is, when there’s treasure involved, it’s hard to know whom you can trust. Along for the voyage are Long John Silver (Curry) and the crew he recommended. Kermit the Frog plays the ship’s captain. It’s all a lot of fun. If you love the characters of both the Muppets and Treasure Island as I do, then Muppet Treasure Island is a slam dunk. Not to be outdone, Tim Curry never holds back no matter how ridiculous the material. 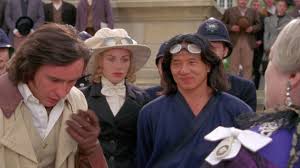 Phileas Fogg: One day, I will build a machine that will allow a man to fly!

Hollywood’s first big-budget adaptation of Jules Verne’s classic novel came in 1956 and boasted over 40 cameos from major stars including: Frank Sinatra, Buster Keaton, Red Skelton, and Marlene Dietrich, to name a few.  Hollywood’s second adaptation came in 2004 and may not come anywhere near its predecessor in terms of cameos, or success for that matter, but I think it’s better. Instead, it weaves in a goofy plot involving Chinese mercenaries so Jackie Chan can be the star and I say, “yes.” I love Jackie Chan and all of his adventures including his lesser, sillier exploits although I do think Around the World has some merit apart from any Chan devotion on my end. It’s a big-budget adventure with lots of colorful settings for one thing and it might not have made me laugh but I smiled throughout. 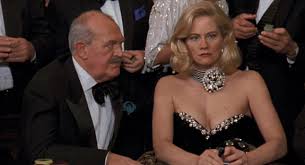 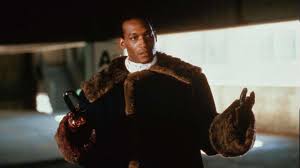 Candyman: They will say that I have shed innocent blood. What’s blood for if not for shedding?

A graduate student, Helen Lyle (Madsen), is researching urban legends in Chicago, eventually stumbling onto the story of Candyman, a vengeful hooked-hand spirit that kills anyone foolish enough to say his name five times. Her research leads her to the Cabrini-Green housing project as her own life becomes tangled up in the legend. Candyman gets pretty abstract as it goes along but its basis is relatable enough: a white woman’s fear of walking through the ghetto; our childhood fears of ghost stories. The film is pretty silly if you sit and dissect it logically. For that reason, I find the horror rather shallow. However, the imagery is memorable and, though I don’t believe in ghosts, I’m not willing to say Candyman five times into a mirror. 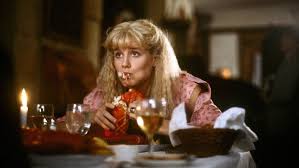 Allen: I don’t understand. All my life I’ve been waiting for someone and when I find her, she’s… she’s a fish.

A hopeless romantic, Allen Bauer (Hanks), meets the girl of his dreams, later named Madison (Hannah), but he doesn’t know that she’s a mermaid. In my opinion, this may be the dumbest good movie ever made. The director, Ron Howard, the writers, and his cast that includes John Candy and Eugene Levy somehow pull it off. They took this lightweight, silly material and made a hit comedy (a classic in many people’s eyes). I like Splash and I certainly like the actors. It’s an interesting twist on The Little Mermaid. Instead of the female perspective, it’s The Little Mermaid turned into a male fantasy. However, I’ve never been able to get past the ending. Spoiler alert: Tom Hanks becomes a merman. The film cuts out but how long do you think he’s down there before he regrets everything. How boring? What is there to do? Nothing. 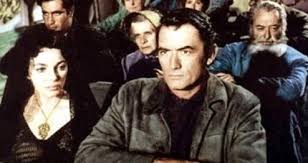 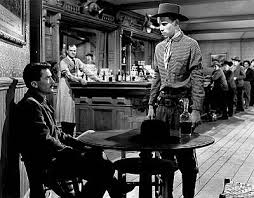